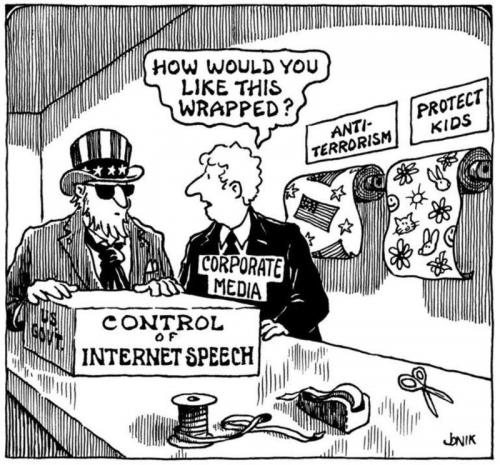 A draft of the letter was published earlier this month by Buzzfeed, and it's worth examining in some detail.

What immediately strikes you is the letter's emphasis on "protecting the children," a talking point universally used by authoritarians throughout history to justify both a reduction of public liberty and a transfer of increased power to the state. Though this tactic is transparent and well understood by those paying attention, it's nevertheless disturbing to observe Barr's disingenuous and shameless use of it (the words 'child' and 'children' appear 17 times in the course of this brief letter).

Here's just one example from the letter:

Companies should not deliberately design their systems to preclude any form of access to content, even for preventing or investigating the most serious crimes. This puts our citizens and societies at risk by severely eroding a company's ability to detect and respond to illegal content and activity, such as child sexual exploitation and abuse, terrorism, and foreign adversaries' attempts to undermine democratic values and institutions, preventing the prosecution of offenders and safeguarding of victims. It also impedes law enforcement's ability to investigate these and other serious crimes. Risks to public safety from Facebook's proposals are exacerbated in the context of a single platform that would combine inaccessible messaging services with open profiles, providing unique routes for prospective offenders to identify and groom our children.