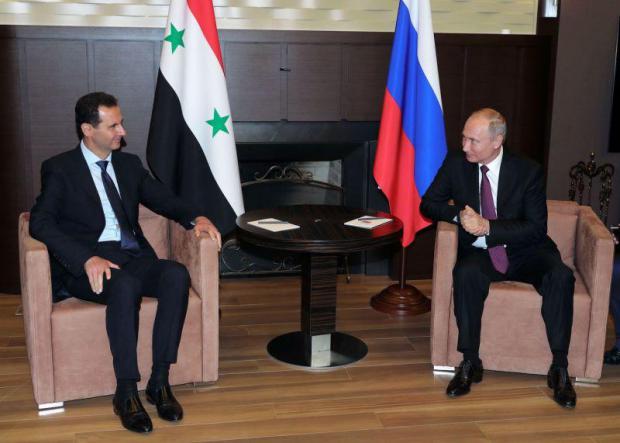 This as Trump announced Wednesday that American troops are "largely out" of the area of Turkey's incursion in northeast Syria.

Meeting with Italy's president, Trump said  in front of reporters: "If Syria wants to fight to take back their land, that's up to them and Turkey." He added, "There's a lot of sand that they can play with."

"Syria Is Protecting the Kurds, That's Good!" the president added, but also said of the Syrian Kurds, "They are no angels, by the way." This follows statements made earlier in the wake of his ordered troop draw down that local powers should sort it out.

"I wish them all a lot of luck," he said while speaking of Russia and Syria, and while calling the Turkish incursion against the apparently formerly US-backed Syrian Democratic Forces (SDF) "not our problem".

But in a significant first, the president also said that Russia and the Syrian government "hate ISIS more than us". He said "They can take care of ISIS" and explained.

"Our solders are out of there, they're totally safe" — Trump added, emphasizing his rationale for his recent controversial decision-making on Syria.