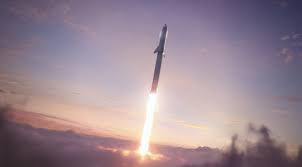 One Starship has close to the volume of the International Space Station. Instead of costing $150 billion and needing 60 launches to assemble, each Starship would cost 4000 to 8000 times less.

Fuel could be produced on Mars to fly a Starship back to Earth. This will likely be a relatively rare occurrence. SpaceX will have many Super Heavy vehicles and Starships.

On Mars, a lower amount of refueling would allow Mars point to point travel and a habitat for 100 people with each Starship.