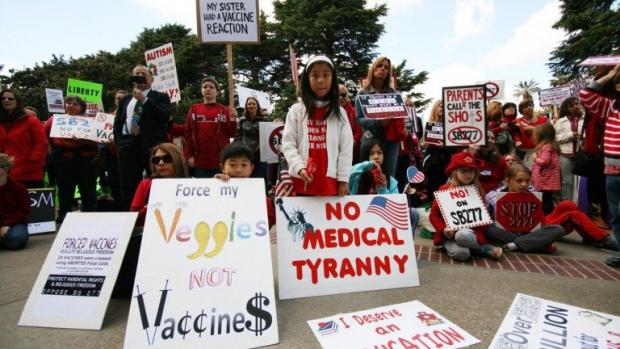 Big Pharma, which is full of Technocrat groupthink, demands universally mandated vaccinations that either don't work or are harmful to the human population. Anti-Vaxxers are demonized, harassed and censored for daring to use common sense in defense against the propaganda. ? TN Editor

We are living in a day and age where there is a tremendous divide occurring among the populace on multiple subjects, one of them being vaccination. We are heavily marketed with the idea that vaccines are completely safe for everybody, that they save lives, and that the science is settled. This type of narrative comes straight from pharmaceutical companies and federal health regulatory agencies like the Centers for Disease Control (CDC).

However, there is a lot of science that continues to emerge which summarily discount the claims being made by pharmaceutical companies and federal health regulatory agencies. Not only are there contradictions in their science, but also extreme corruption within these companies and agencies has been exposed on multiple occasions. One great example would be senior CDC scientist Dr. William Thompson, who blew the whistle in 2014 on data corruption by executives within the CDC with regards to falsified data pertaining to the MMR vaccine. One study which purports to show no link between the vaccine and autism had some of its data sets removed, which otherwise showed a strong correlation between the vaccine to autism.

Two years after that more than a dozen senior CDC scientists anononymously put out a paper (the SPIDER papers) in which they expressed their concerns about the corruption within the agency, its complacency, and undue corporate influence on the published science. The revolving door that exists between these agencies contributes to the continued corruption. As an example, CDC Director from 2002-2009 Julie Gerberding became the head Merck's vaccines division, which came with a $2.5 million annual salary and $5 million in stock options.

A study published as far back as 1994 in the JAMA Internal Medicine details quite clearly that the Measles vaccine does not and has not worked:

The apparent paradox is that as measles immunization rates rise to high levels in a population, measles becomes a disease of immunized persons. Because of the failure rate of the vaccine and the unique transmissibility of the measles virus, the currently available measles vaccine, used in a single-dose strategy, is unlikely to completely eliminate measles. The long term success of a two-dose strategy to eliminate measles remains to be determined. (source)