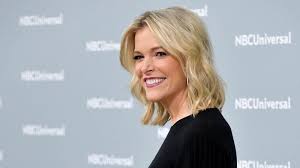 Fox News host Tucker Carlson announced Kelly will be a guest on his show Wednesday, following a conversation with Mark Steyn about recordings released by Project Veritas of CNN head Jeff Zucker, who spent decades at NBC.

"Two nights from now, someone knows an awful lot about NBC and is making her first TV appearance since parting ways with that channel nearly a year ago. Megyn Kelly will join us as a guest on this program for her first interview. She's got a lot to say," Carlson said on his Monday show.

Kelly was a cable news powerhouse as an anchor at Fox News until her departure in 2017. She signed a three-year contract with NBC, hosting part of the Today show and her own program, Megyn Kelly Today, but parted ways with the network early this year, reportedly with the $69 million that she was promised.

According to a Fox News promo for the Wednesday interview, Kelly will discuss her departure from NBC News and allegations in an upcoming book from journalist Ronan Farrow about NBC executives trying to kill stories on Harvey Weinstein and downplay a rape accusation against former Today host Matt Lauer.