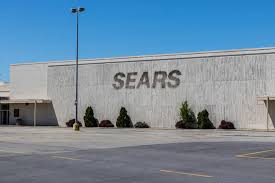 Lampert, who was chairman and chief executive of parent Sears Holdings Corp., decided in late 2018 to file for bankruptcy protection.

Lampert provided the parent company with numerous financing deals, one was upwards of $2.4 billion, to save the sinking retailer.

Earlier this year, he acquired 223 Sears and 202 Kmart stores, the Kenmore and DieHard brands, for approximately $5.2 billion.

The newly acquired assets were put into a new company called Transform Holdco LLC, which didn't have $4 billion in debt and pension obligations that the parent company had. About 50% of the stores in the new company were profitable, according to one of The Journal's sources.

The sources said by late summer, the profitability of at least 100 of the 425 stores owned by Transform Holdco saw rapid deterioration by late summer. Sources said the decision to cut 100 stores by year-end isn't public knowledge yet, there are no filings that detail the plan.