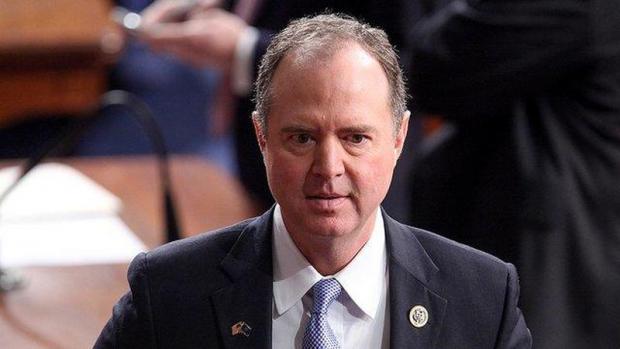 House Intelligence Committee Chairman Adam Schiff (D-CA) says that the public shouldn't be allowed to observe hearings in the ongoing impeachment inquiry, as doing so may allow Republicans to then "fabricate testimony" (and totally not because their case is falling apart).

On Sunday, Schiff told host Margaret Brennan that the ongoing impeachment inquiry is "analogous to a grand jury proceeding," which is "done out of the public view initially."

Based on a politically biased CIA officer's second-hand complaint over a phone call between President Trump and Ukrainian President Volodomyr Zelensky in which Trump asked for an investigation of former VP Joe Biden, House Democrats have forged ahead with their impeachment inquiry despite several damaging revelations to their narrative; namely that the whistleblower worked with former Biden and two Schiff staffers.

More importantly, a transcript of the call in question reveals no such pressure or quid pro quo by Trump.

Rep. Matt Gaetz (R-FL), assuming he was allowed to sit in on the testimony because he's a member of the  House Judiciary Committee, found that he was mistaken.

Gaetz told the press that House Intelligence Committee Chairman Adam Schiff had asked him to leave because only the Intelligence, Oversight and Reform, and Foreign Affairs committees, who are leading the impeachment inquiry, had the right to be there. -Town Hall