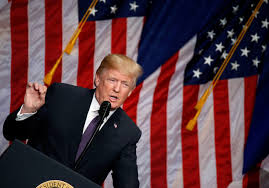 Speaking at a late Thursday town hall event, O'Brien said he's aiming to eliminate approximately half of the 178 staff members at the NSC over the next 15 monts, according to PBS  -while Politico has the details on promotions.

The latest changes include two promotions and one departure, a senior Trump administration official confirmed on Friday. Kevin Harrington, who had been senior director for strategic planning, will now serve as strategic counselor to O'Brien. Also moving up is Victoria Coates, a former adviser to Republican Sen. Ted Cruz who has been serving as the NSC's senior director for the Middle East.

Harrington is one of the longest-serving officials to serve at the NSC under President Donald Trump. He's a former investment-fund manager and longtime associate of venture capitalist Peter Thiel. The senior administration official said Harrington's directorate will be eliminated, but that he and his team will serve as a mini-think tank for O'Brien. -Politico

O'Brien, John Bolton's successor, framed the cuts as a return to prior staffing levels after the headcount grew from around 100 people under President George W. Bush to over 200 during the Obama administration.

"It just ballooned into a massive, you know, bureaucracy … under the last administration," O'Brien told the Fox Business Network's Lou Dobbs.