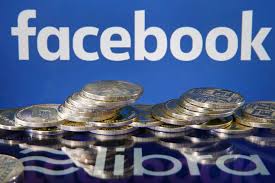 One week after we reported that Facebook's Libra stablecoin project, Libra, was imploding, as online payment giant PayPal quite the Libra network, we can now set the time of death to today - that's when first eBay, then Stripe and finally Mastercard all abandoned Mark Zuckerberg's pet "cryptocurrency" (which was anything but) project.

As the FT reports, Ebay and Stripe became the second and third major companies in a week to drop out of Facebook's planned cryptocurrency, following sustained political pressure and just days before the project's backers are due to meet for their first board meeting, which may soon be empty.

"We highly respect the vision of the Libra Association; however, eBay has made the decision to not move forward as a founding member. At this time, we are focused on rolling out eBay's managed payments experience for our customers" a company spokesperson said in a statement to the Financial Times.

Echoing Ebay's sentiment, payment group Stripe also pulled out, saying that "Stripe is supportive of projects that aim to make online commerce more accessible for people around the world. Libra has this potential. We will follow its progress closely and remain open to working with the Libra Association at a later stage."