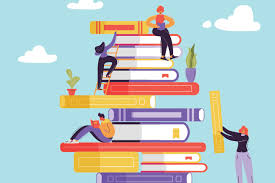 For example, less than half of college graduates surveys knew the term lengths of U.S. Senators and Representatives.
A recent survey has uncovered "alarming results" which point to "a crisis in civic understanding and the urgent need for a renewed focus on civics education at the postsecondary level," according to the American Council of Trustees and Alumni (ACTA), which commissioned the survey.

Among the results, 18 percent of respondents selecting Representative Alexandria Ocasio-Cortez (D-NY) as the author of The New Deal — a series of programs and regulations that had actually been enacted by President Franklin D. Roosevelt in the 1930s. Among college graduates, 12 percent selected Rep. Ocasio-Cortez.

The survey, entitled, "America's Knowledge Crisis: A Survey on Civic Literacy," also noted that 63 percent of respondents did not know the term lengths of U.S. Senators and Representatives, with less than half of college graduates selecting the correct answer.