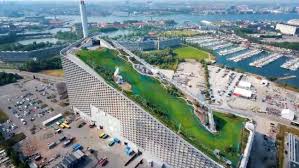 Denmark, with a landscape as flat as a pancake, might be a new whimsical destination for skiing, thanks to Copenhagen's new power plant.

That's right. Last weekend in Copenhagen, an 8-year dream was realized when the first paying skiers took their runs down a one-third-mile course, wrapping around what is possibly the greenest power plant in the world.

The plant is so clean and safe that designers were able to turn its building mass into a new hub for social life.

A hybrid between a building and a landscape, the huge glass and mirrored structure contains planters covering the façade in a checkerboard pattern that might one day give the illusion of a green mountain from every direction.

Copenhill, as it's called, features ski-lifts on the outside and also a glass elevator for seeing the inner workings of how the city's trash is transformed into both electricity and heating for more than 200,000 homes.

The waste-to-power plant itself opened in 2017 under the name Amager Bakke (Amager, for the island Copenhagen is on, and Bakke, the Danish word for "hill").

Bjarke Ingels is the architect whose company, Bjarke Ingels Group, came up with the idea eight years ago of designing a power plant structure that would incorporate mountain sports into its very nature. 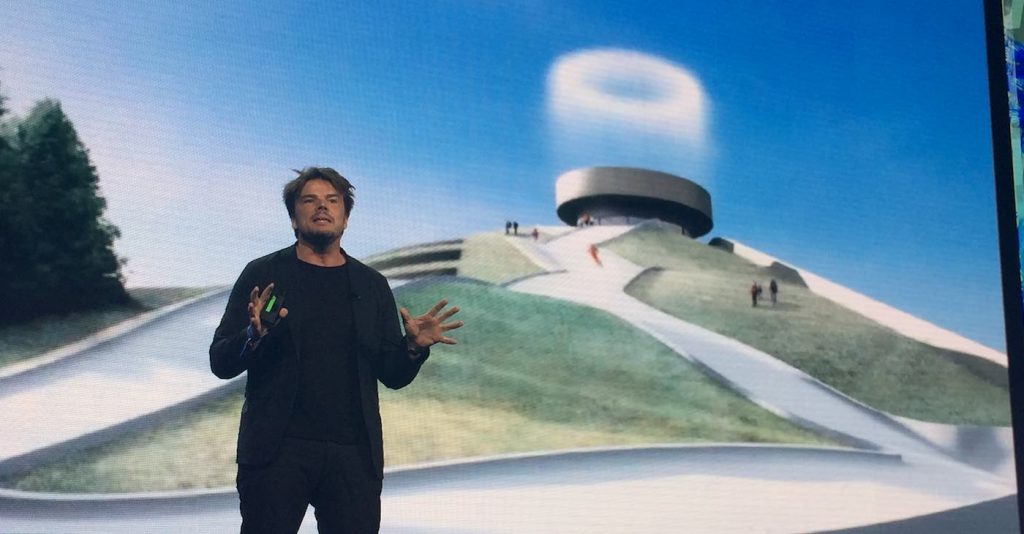 "It is the cleanest waste-to-energy power plant in the world. It is a crystal clear example of 'Hedonistic Sustainability' (a phrase he coined because) a sustainable city is not only better for the environment—it is also more enjoyable for the lives of its citizens."

Ingles says 97% of city residents get their heating as a byproduct of energy production, from an integrated system where the electricity, heating, and waste disposal are combined into a single process. He believes that it is also becoming a beacon that others can look to and say, 'if Copenhagen can do it, why can't we?'

MORE: This Revolutionary Blast Furnace Vaporizes Trash and Turns It into Clean Energy (Without Any Emissions)

There are no hills on this island city, but now residents can ski and snowboard locally, while enjoying the best views ever seen of the harbor. Another thing missing here is snow cover throughout the winter, so designers installed a specially-coated "plastic grass" that provides the perfect friction for downhill winter sports.

'Clean Energy' Is Dirtier, More Expensive And Destructive Of The Environment