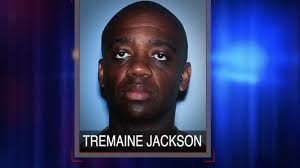 Jackson was arrested on September 10 and currently faces 61 counts of sex abuse, kidnapping and fraud.

According to the Arizona Department of Public Safety, Jackson was put on leave in June after a complaint that he sexually assaulted a woman during a traffic stop.

During the original DPS investigation, several other victims were discovered.

It is believed Jackson held several female victims hostage when they were not facing criminal charges.

Initially, eight victims were discovered in early September. According to a press release issued by DPS on October 8, an additional seven potential victims came forward with allegations against Jackson after his arrest was made public.

In several of the cases, the victims say they were held and questioned during traffic stops for over an hour. In several cases, Jackson reportedly asked for sexual favors or to take the victim on a date to avoid being arrested or given tickets.