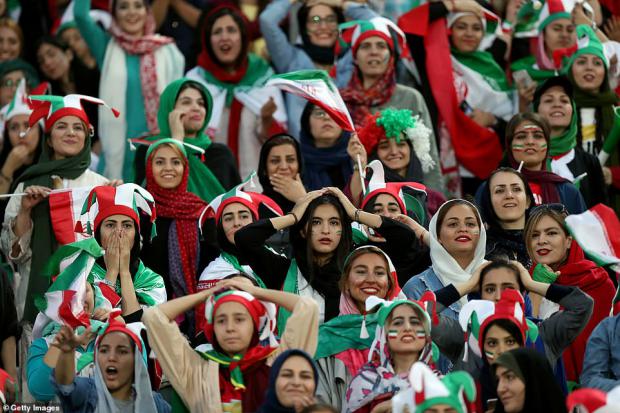 Iranian women flocked to a World Cup qualifier today as they enjoyed being legally allowed to attend a football match at a stadium for the first time in decades - and were treated to a 14-0 victory.

The sight of women in the stands at Azadi Stadium for Iran's game against Cambodia marks a decades-long push for the right to do so, following a 1981 ban that followed the country's Islamic Revolution.

Iran allocated just 4,000 tickets for women in a stadium that seats about 80,000 people, keeping them separated from men and under the protection of female police officers.

Face-painted Iranian women have often cheered on their team abroad for years, despite being banned from doing so at home.

Zahra Pashaei, a 29-year-old nurse who has only known football games from television, said: 'We are so happy that finally we got the chance to go to the stadium. It's an extraordinary feeling.