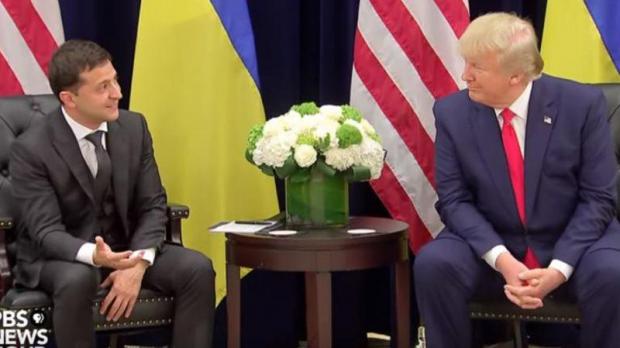 Zelensky said that it was in Ukraine's best interest to determine what happened, according to the Associated Press.

During a July 25 phone call, President Trump asked Zelensky to look into various accusations of Democrat malfeasance in Ukraine, which Trump's political enemies have seized upon as the foundation of an informal impeachment inquiry against Trump.

Last month, a CIA whistleblower claimed Trump abused his office by pressuring Zelensky to initiate probes into former Vice President Joe Biden and the election interference claims - suggesting that valuable US assistance was used as leverage.

On Thursday, however, Zelensky insisted that there was "no blackmail," telling reporters from AP that he learned that the US had paused nearly $400 million in military aid after the July 25 phone call.

Trump asked Zelenskiy during the call to investigate Democratic rival Joe Biden, and Congressional Democrats believe Trump was holding up the aid to use as leverage to pressure Ukraine.

Zelenskiy said he thought the call would lead to an in-person meeting with Trump and wanted the American leader to come to Ukraine. -AP via WaPo