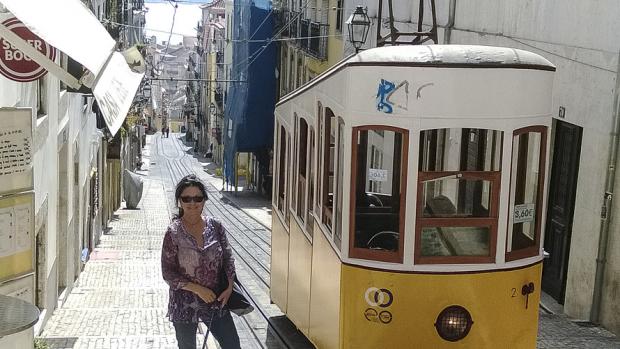 Tricia Pimental has lived in more than a dozen places, including New York, California, Florida, New Hampshire, Nevada and Utah — but it's Portugal that's currently captured her heart.

Pimental says that she'd wanted to stay in Park City, Utah, where she and her husband, Keith, were living at the time, but agreed to give Portugal a go because he'd always dreamed of living in Europe. (The couple considered France, too — Tricia is fluent in French — but it was too expensive, as well as Spain, which didn't pan out because none of their requests to rent a place worked out.)

Their first foray into Portugal — to a tiny village about a half-hour from Porto in northwest Portugal — didn't quite go as planned.

"We lived in a 200-year-old cottage that we'd rented 10 years before. We had a six-month lease. After five months, we were done," she tells MarketWatch with a laugh, noting that she was frequently freezing in the $650-a-month cottage, which was charming but drafty, even with numerous space heaters running. "They were happy to see us go because the electricity was included [in the rent]."