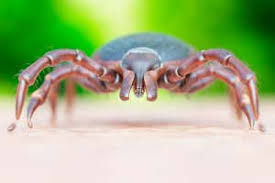 There are around 3,000 cases of Lyme disease, caused by tick bites, in the UK each year.

Most of those who take antibiotics make a full recovery within months.

But infectious disease doctors are warning that long-term Lyme disease cases are often misdiagnosed through expensive and unvalidated tests abroad.

Dr Sarah Logan, from London's Hospital for Tropical Diseases, said: "Most people who now think they may have had Lyme disease, in fact have a syndrome that is more in keeping with chronic fatigue syndrome."

Speaking at a Science Media Centre briefing, she added: "And because there is increased awareness about it, they are testing for Lyme disease and then they are going on to various different Lyme disease forums on the internet and being told, 'Well actually the UK tests are rubbish, but you need to send it off to Germany.'

"Then they are coming back with a test that is positive and saying, 'You doctors are all wrong and I don't have chronic fatigue syndrome, I have chronic Lyme disease.'

"I think that most people who think they have got Lyme disease in the UK, probably don't."