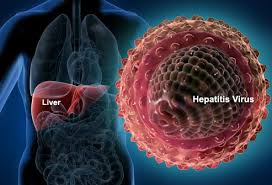 There are widespread person-to-person outbreaks of Hepatitis A across the US, and it is now being reported that a flight attendant may have exposed passengers to the viral disease on several recent flights.

On October 1, the Centers for Disease Control and Prevention (CDC) was notified that a male flight attendant had a confirmed Acute Hepatitis A (HAV) infection.

Here's what you need to know about Hepatitis A, how it is transmitted, and how to avoid infection.

People on several flights in September may have been exposed.

One of those exposures took place on a flight between San Francisco and Charlotte on September 21, North Carolina-based Mecklenburg County Public Health Department confirmed to ABC News:

The health department contacted 18 local passengers, all of whom received Hepatitis A vaccinations.

American Airlines would not confirm to ABC News that one of its flight attendants had contracted Hepatitis A or another disease. The airline said in a statement that it's in close contact with the CDC and "will coordinate with them on any required health and safety-related measures."

The CDC said in a statement that because the flight attendant had diarrhea on several flights during the period in which he was considered infectious, the agency is investigating and notifying passengers who may have been affected. (source)

American Airlines is reportedly notifying crew members from other flights who traveled with the flight attendant during the infectious period.

It is yet to be determined if that flight attendant infected any passengers or other crew members.

While the CDC says that transmission of Hepatitis A from food handlers to customers is extremely rare, it DOES occur and is something to be mindful of. Infected people who do not wash their hands well after using the restroom and then handle food can infect the food – and the consumers of that food.

In recent weeks, employees at several restaurants across the US have tested positive for Hepatitis A:

SC Waffle House may have exposed customers to hepatitis A, health officials say

It might seem like eating in restaurants could be pretty risky, but as long as employees follow proper hygiene standards and the establishment follows local health regulations, the risk is quite low. Most restaurants train their employees to wash their hands after using the restroom, and many require staff to wear disposable gloves while handling food.

There are active Hepatitis A outbreaks in 28 states.

The CDC has been tracking Hepatitis A outbreaks in the US since 2016.

As of October 4, 2019, 30 states have publicly reported the following:

Hepatitis A can infect anyone, but some groups are at higher risk, according to the CDC:

People with direct contact with someone who has hepatitis A

Travelers to countries where hepatitis A is common

People who use drugs, both injection and non-injection drugs

People with clotting factor disorders, such as hemophilia

People who are currently or were recently incarcerated

People with chronic liver disease, including cirrhosis, hepatitis B, or hepatitis C

What is Hepatitis A?

Hepatitis means inflammation of the liver. When the liver is inflamed or damaged, its function can be affected. Various things, including heavy alcohol use, toxins, some medications, and certain medical conditions, can cause hepatitis, but it is often caused by a virus. The most common hepatitis viruses in the US are hepatitis A virus, hepatitis B virus, and hepatitis C virus.

Hepatitis A is highly contagious and can range from a mild illness lasting a few weeks to a severe illness lasting several months. In rare cases, Hepatitis A may become chronic, causing relapsing infection. This can lead to more serious outcomes, including liver failure and death.