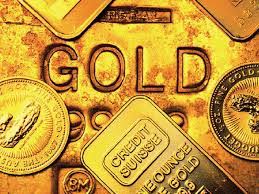 This started abruptly last month in what is called the "repo market," where the Fed provides liquidity for traders of short-term money or overnight funding.

Schiff says, "When the Fed was doing QE3, they were buying $85 billion worth of debt per month. They (Fed) just did $176 billion in three weeks, and they say they are not doing QE..."

"So, the Fed is monetizing more debt not doing QE than when they were doing QE, which means they are doing it and they are going to have to do more of it. The reason they are doing it is because the markets are finally trying to move interest rates higher because the Fed has been suppressing them.  They are artificially low, and these artificially low interest rates have done tremendous damage to the economy over the years. Now, rates are rising, and the Fed is trying to stop this from happening. They shouldn't do this, but this is what they have to do to keep the bubble from imploding. This is why they have to go back to QE. If they didn't, rates would be much higher, the stock market would be much lower, real estate prices would be coming down and we would be heading for another financial crisis."