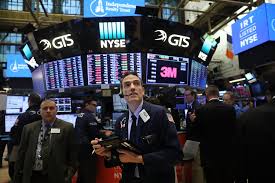 Shares of Lyft, Uber, Slack, Peloton, to name a few, have imploded after debuting on the public markets. Even WeWork, who couldn't even get listed, saw valuations collapse after its IPO was shelved.

The turmoil on Wall Street has been highlighted in a recent interview with former Nasdaq CEO Bob Greifeld, whose new warning about the IPO market reminded him of the days of the dot-com era. We all know what happened shortly after that.

In a CNBC "Squawk Box" interview Monday, Greifeld warned that the 2019 IPO market reminds him of the dot-com bubble.

"It's important to recognize that the IPO market was getting quite bubbly [nowadays]," said Greifeld.

He said technology unicorns with multi-billion-dollar valuations had some of the worst IPO debuts in quite some time.

As seen below, shares of Uber, Lyft, and Peloton have been huge flops this year.

"In a sense, it reminded me back of the dot-com era, when you had companies going public that had no known path to profitability," said Greifeld.

Greifeld also referenced the WeWork implosion, which saw its IPO shelved and valuation collapse in a spectacular fashion.

"That to me was in some ways a parody of some of the hubris you see in the start-ups," he said.