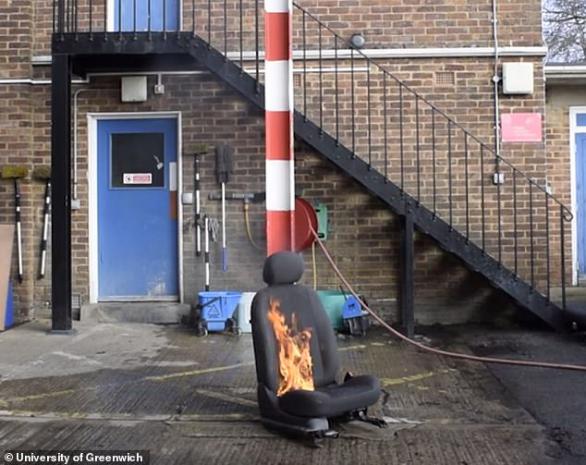 Arsonists use packets of crisps to help them start fires — with their fat and calories proving a potent accelerant that can set a car seat ablaze in minutes.

Bags of crisps have an advantage to criminals in being far more innocuous than a can of petrol and burn in a way that leaves little evidence behind.

Fire investigators were alerted to this method of fire-starting by colleagues in the prison service, who heard about the technique from inmates.

The practice has reportedly been in use for at least ten years — and is well known amongst prison populations.

To investigate how potent a pack of crisps can be as a fire accelerant, forensic scientists Emily Duffin and Linda Brownlow of the University of Greenwich, London, experimented by setting light to 10 different types of crisp.

The researchers measured how easily the crisps could be set alight, for how long they burned and long they stayed hot after the flames had died down.

In the second stage of the research, the duo explored how quickly a lit bag of crisps could set fire to a car seat — a good substitute for home furnishings like sofas and which could safely be set alight outside.