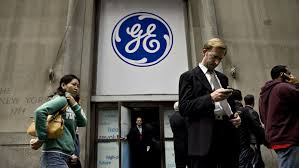 One thing the Democrat Left has always been good at is spending other people's money.

Whether it's Democrat lawmakers spending trillions of dollars our country doesn't have or their allies in the Left-wing labor union sector forcing companies to expend money in worker benefits beyond what is reasonable, there never seems to be enough money for them to spend.

One of the ways the Democrat Left is bankrupting state governments and companies alike is through mandated pensions.

Illinois has been teetering on the edge of bankruptcy for years now, propped up time and again only with new tax increases, with over billions in pensions owed to former employees the state simply doesn't have.

The Land of Lincoln isn't the only state heavily in the pension red. As Investors Business Daily reported in July 2017:

After years of overpromising and underperforming, state pensions face a yawning $1 trillion-plus funding gap. … Pressured by public sector unions, state lawmakers boosted retirement benefits, using wildly unrealistic forecasts for investment returns and wage growth to justify them. As a result, overall net pension liabilities rocketed up from $0 in 2001 to $1.1 trillion in 2015…

Now, it appears, one of America's biggest corporations is facing similar pension shortfalls. As Bloomberg News reports, GE is seeking to cut $8 billion in debt and deficit by freezing pensions for 20,000 employees.

The problem GE has is the same that many states have: Over the years executives over-promised benefits to union workers using fantasy investment return forecasts and growth in wages. In an effort to salvage the manufacturing giant, CEO Larry Culp will freeze pension benefits (but not payments — yet) and also set aside as much as $5 billion to cover funding requirements through 2022.

But it's just a stopgap measure, as Bloomberg noted. The company's "stubborn pension deficit" is one of its biggest financial liabilities which is making it extremely difficult for Culp to put the company back on solid financial ground.

Thomas Sowell on Charter Schools: Education for Students, Not Unions