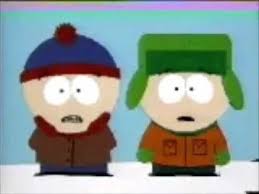 Most Americans have paid no attention at all to developments in China aside from not liking tariffs. But touch basketball and suddenly things get serious! Daryl Morey, general manager of the Houston Rockets, recently tweeted support for pro-democracy protests in Hong Kong, and the immediate reaction was China--an avid NBA market of 500m--banning the team. Morey deleted the tweet and made a very humble apology, as did the Rockets, which didn't assuage Chinese fury; but it did create a backlash against the Rockets from the US public, who are pro-democracy, and from US politicians, who are anti-China, and whom are noticing that the outspoken-on-domestic-politics NBA runs a training camp in Xinjiang(!) Indeed, there is new focus on the issue of US firms 'having to kowtow to Beijing'. Is it a tipping point in US-China relations as trade talks begin? Hard to say. But it's a discussion the average American will be part of for once.

These problems of globalization are not new, of course. The upcoming 'Top Gun 2' stars Tom Cruise, still trying to look like he did in the 1980s, but no longer able to do all his own stunts: which is just like US foreign policy, as I will get to shortly. But the eagle-eyed have already noticed that Maverick's famous leather jacket no longer has Japanese or Taiwanese flags on the back because the film's funders are partly Chinese. Even as we see warnings of a US-China Cold War--and a further 28 Chinese tech firms were just blacklisted by the US, eight for human-rights violations--China won't appear as the bad guy in any US movie or TV show.

Given the almost cartoon-like world we now live in it's appropriate that the most honest commentary on where we now stand under globalisation comes not from the eschatological of intellectuals or politicians telling us democracy is under threat and free trade is great, not spotting Marxist and populist criticism that the two are linked; instead it comes from the scatology of 'South Park', where episode 2 of season 23, "Band in China", showing how access to the large Chinese market influences things deep in the US, was just...banned in China.