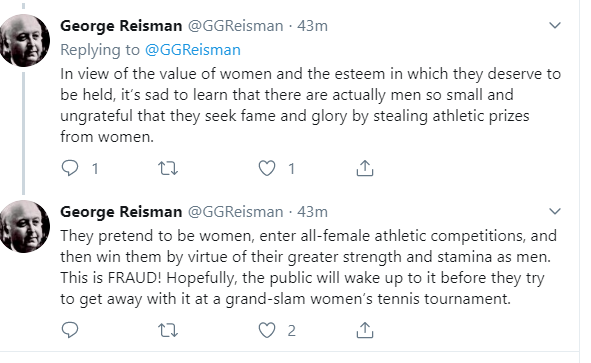 Too late. Renee Richards played grand-slam tennis in the 70's.

Solution: Ridicule the sportsmen playing sportswomen. The majority understand men that transition or identify as female competing in sports against females is unfair. Just make that clear and deal with the PC as it comes.

Because of developmental differences between the only 2 real genders acknowledged in biology, whatever your reality you hold for yourself is irrelevant in the sporting world.

There is no room for discussion if you want to be ethical.

Transgenders get their own league.
Only fair.
Because they're special.