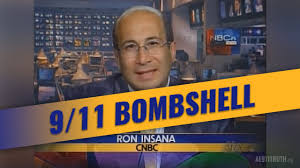 The Architects and Engineers for 9/11 truth began their public awareness campaign into the inconsistencies of the official 9/11 narrative, not long after the sanctioned three-year scientific and technical coverup (oops I mean investigation) from the National Institute of Standards and Technology (NIST) was released. When they started their campaign, they decided to make the collapse of World Trade Center Building 7 the focus of their limited financial and human resources.

And rightly so, since this collapse seemed to provide the most straightforward, common-sense illustration that some of the events that occurred in New York City on September 11th, 2001 were orchestrated by insiders and planned well in advance. This aligns with the belief that 9/11 was perpetrated, at least in part, in order to create a pretext for military retaliation, "like a new Pearl Harbor," as the manifesto for the neoconservative Project for the New American Century put it.

Still, since very little mainstream coverage of 9/11 even touched on the destruction of Building 7, and the NIST report gave little explanation into the actual reasons that Building 7 came done other than that it was caused by office fires, many citizens were not even aware that a 3rd building, one that had not been hit by planes, had been destroyed that day. And so the first order of business for A&E for 9/11 Truth was to make people aware of Building 7, as the billboard below demonstrates.

Having spent some time making people aware of Building 7, they then went on a course of action to try to demonstrate that the building could have only come down as a result of a controlled demolition.

Their latest effort was to partner with the University of Alaska Fairbanks (UAF) in releasing a four-year computer modeling study of WTC 7's collapse conducted by researchers in the university's Department of Civil and Environmental Engineering. The UAF WTC 7 report concludes that the collapse of WTC 7 on 9/11 was caused not by fire but rather by the near-simultaneous failure of every column in the building.

Part Of The Plan That Went Wrong?

The dramatic thrust about 9/11 that is always the undercurrent of the mainstream narrative goes as follows: "Middle Eastern highjackers piloted American planes with American passengers into American buildings, killing thousands of Americans, so let's make them pay!" As a support for this narrative, however, the destruction of Building 7 a full 7 hours later is at best anticlimactic. In fact, a closer examination of the evidence surrounding Building 7 begins to erode the entire narrative, and start us questioning whether the whole scene really played out the way we are being told.

If, as seems to be a growing consensus now, that all 3 buildings had been prepared for controlled demolitions in order to advance the narrative above, then perhaps Building 7, too, was meant to be hit by a plane. As it turns out, its demolition 7 hours later appears to have been damage control for a part of the plan that went wrong.  By that time, word was getting out on the ground that Building 7 was going to be taken down. Reports came to journalists and other onlookers from law enforcement officers, the fire department and others that the building was going to be taken down, and that people should leave the area.