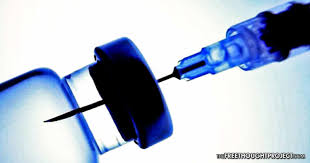 Another study published in 2012 showed that 9% of pediatricians and 21% of specialized pediatricians deviated from CDC vaccination guidelines for their own children, mostly balking over newer vaccines introduced since 2009 such as human papilloma, meningitis, hepatitis and influenza vaccines.

Concern was expressed over a 2018 outbreak of the measles in Japan.  But horrors, it turns out only 100 cases were reported at the half-year point.  In 2019 another measles outbreak in Japan has been reported, affecting 167 children, almost all who were unvaccinated.  All this means is that these children developed antibodies naturally rather than by injection of the measles virus with all of its accompanying heavy metal (aluminum, thimerosal/mercury) adjuvants to provoke an immune response.

The MMR vaccine was once compulsory in Japan in 1989.  But soon thereafter hundreds of reports of serious adverse reactions including non-viral meningitis were being reported and the MMR vaccine was banned in 1993.  Vaccination against measles in Japan is now performed as an individual vaccine, not the combined measles, mumps, rubella (MMR) vaccine.

It is reported that measles caused 110,000 deaths worldwide in 2017, mostly among children under age 5.  Most of these deaths occurred in countries where public hygiene (clean water, sewage, clean food, adequate nutrition) is poor.  It is not infectious disease itself that needs to be prevented as that is the way children develop antibodies and life-long immunity.  It is hospitalization and death that needs to be prevented.  This can be done without vaccination. (Read BeyondVaccines.com)

The Centers for Disease Control (CDC) reports that 55,622 cases of symptomatic measles occurred in the U.S. during the period 1989-1991 which resulted in 123 deaths (2.2 deaths per 1000 cases, mostly from pneumonia), with 90% of these mortal cases being unvaccinated.  What cannot be reported for obvious reasons is how many unvaccinated children developed natural antibodies against measles without symptoms or with only a mild overnight fever.  Infectious disease doctors act as if there is no other way to develop antibodies outside of vaccination.  (Read BeyondVaccines.com)

Well-fed children who are adequately nourished and ingest clean water and food (i.e. no rat vermin, little or no arsenic) are likely to develop a greater antibody response than vaccinated children and experience life-long immunity.