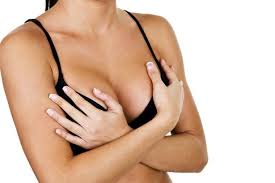 A woman has been arrested for going topless in her own garage.

Tilli Buchanan and her husband were fitting new insulation in their garage. It was hot and itchy work, she says, so they stripped down to their underwear.

Shortly afterwards Tilli's step-kids – her husband's children – came into the garage and saw her without her shirt on.

She told them that there was no need to be embarrassed, because, after all, their dad was shirtless.

But the story got back to the children's mother, and saying that she was "alarmed" at what she heard she made a complaint that has ended up with Tilli in court. The prosecution's case slightly differs from Tilli's account.

According to West Valley City Deputy Attorney Corey Sherwin, Tilli stripped down in front of her stepchildren after announcing that if her husband was allowed to take off his shirt, then a woman should be able to as well.