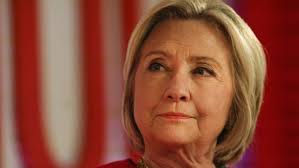 She will either become President, in the general election, following a coup against Trump, or there will be a violent revolution in which, as I have pointed out this week, we meet the 3 preconditions for civil war. In both scenarios, Hillary is following Alinsky's Rules for Radicals 13 point plan for taking over a government. Whether we see a straignt coup, followed by a general election in which Hillary is elected, or we see violent revolution, the plan is basically the same will involve the complicty of socialist/communist legislators and, of course, the Deep State.

AMERICA: WHETHER YOU REALIZE IT OR NOT, THE CIVIL WAR HAS BEGUN. THE ONLY QUESTION REMAINING IS HOW MANY PEOPLE ARE GOING TO DIE IN THE PROCESS!

"The American people will never knowingly adopt Socialism.  But under the name of Liberalism, they will adopt every fragment of the  Socialist Program, until one day, America will be a Socialist nation, without knowing how it happened.  I no longer need to run for the Socialist Party of America, the Democrat Party has adopted our platform."

Episode #17 " The Return of Queen Hillary Amid Impeachment Dread

The Coronavirus - No Need To Panic

Augmented-reality contact lens is making its way toward production

The dolphins being stolen to ORDER: