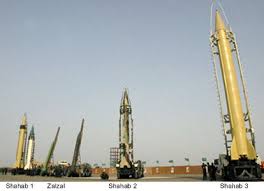 Iran is not backing down from its aggressive tactics despite all signs pointing to Iran for having attacked the Saudi Oil facilities on September 14th, deemed "the biggest such assault on the world's top oil exporter" reports yahoo news. Iran still denies involvement even though the attack was claimed by Yemen's Houthi movement, "a group aligned with Iran."

Additionally, "Riyadh has said it has evidence Iranian missiles were used in last weekend's attack" although they did not "go so far as to say they came from Iranian territory." Saudi's Minister of State for Foreign Affairs said Sunday, "We hold Iran responsible because the missiles and the drones that were fired at Saudi Arabia were Iranian-built and Iranian-delivered."

Knowing that the missiles were built and delivered by Iran is one thing, but al-Jubeir said if Iran launched an attack from "your territory if that is the case, puts us in a different category…this would be considered an act or war."

On Friday the United States announced it would send more troops to assist Saudi Arabia. Iran's president Hassan Rouhani responded by warning American and other foreign forces to "stay away" from the region. Rouhani spoke at an annual military parade that commemorates the war with Iraq.

The parade displayed "the Khordad-3 air defense system that shot down a US drone in June. It also showcased the long-range, surface-to-air Bavar 373 missile that can travel more than 1,250 miles, bringing it in range of US bases in the region and arch-for Israel."

Rouhani said in his speech, "wherever the Americans or our enemies have gone, there has been insecurity afterward…The farther you keep yourselves from our region and our nations, the more security there will be."

Both Rouhani and "US sanctioned Foreign Minister Mohammad Javad Zarif, will travel to New York on Monday, to present what he called a security plan for the Gulf" at the United Nations General Assembly occurring this week.