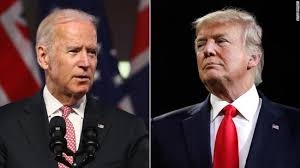 As Joe Biden plummets in the popularity, Democratic lawmakers and the MSM have gone into panic mode after a whistleblower report of political malfeasance during a July phone call between President Trump and Ukrainian President Volodymyr Zelensky about the Biden family's dealings turned out to be fake news.

Since the initial report, the Trump-Zelensky call has been downgraded to remove implications of a quid pro quo - and attention is now turning to what the Bidens actually did.

And to protect Biden - who is still the Democratic 2020 frontrunner (barely), the media is simply ignoring the facts in order to peddle an election interference narrative.

"They want to bypass the fact that Joe Biden, in his own words, in multiple interviews, said that he threw the straw and had to go to the Ukraine and have a conversation and tell them to fire the individual that was doing the investigation into his son...," former Trump campaign manager Corey Lewandowski told Breitbart News on Saturday - adding that the new narrative is "Oh, my God, Donald Trump might have had a conversation, asking if there was anything done" related to the Hunter Biden investigation while they hyperventilate about Trump talking to Zelensky."