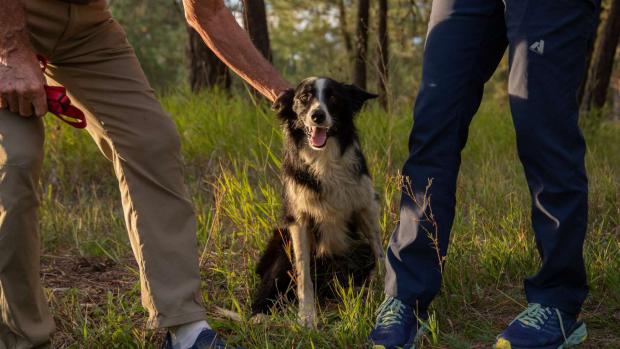 Their 7-year-old Border collie, Katie, was no longer in the room. She had apparently managed to unlatch the door, possibly spooked by a thunderstorm that had swept through the area. At the front desk, an attendant said she had seen an anxious dog bolt out the front door hours before.

The Kings were stunned. In the small city of 23,000 people that backs up to the sprawling wilderness near Glacier National Park, surrounded by forests and fields, where would they even start looking?

Over the next 57 days, the couple set out on a desperate search that included night-vision goggles, animal-tracking cameras and horse manure brought in from the family's farm in Eastern Washington. Ms. King, a postal carrier, quit her job.

"Every night going to bed, it was gut-wrenching," said Mr. King. "Is she warm? Did she get to eat today? It tore us up."

After the initial discovery, the Kings spent the night frantically searching nearby neighborhoods, where alfalfa farms and homes and new shopping centers collide in northern Kalispell.

WE GOT A MINI BULL to make more MINI COWS!