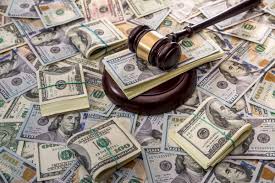 Called "civil asset forfeiture," the police are under no obligation to give the property back to you. Instead, police departments will steal your stuff, hold it in storage (accruing fees in most cases), and then sell your stuff to the highest bidder.

Police might be able to steal your stuff legally, but men and women still can't steal your property lawfully. The thing is that you need to prove that the property was your property. The you have to go after the man or woman, not the policeman or policewoman. And be sure to call it your PROPERTY when you write up your notice (indictment) of them as wrongdoers to the court.