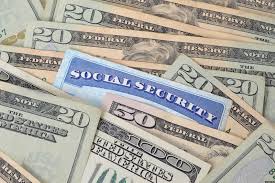 They have a housekeeper, eat out frequently, never fret about health care costs, and indulge in yoga classes and visits to the gym. It's a fine way to spend their golden years — in Ecuador.

The Statons said the decision to retire outside the U.S. came in the wake of the financial crisis a decade ago, when their retirement nest egg lost value and they were faced with retiring at a lower standard of living than they had expected. More Americans have followed their lead. The number of retirees who draw Social Security outside the U.S. jumped 40%, to more than 413,000, between 2007 to 2017, according to the Social Security Administration.

To be sure, that's a fraction of the nation's 42 million retirees. But it reflects the financial realities for a growing number of baby boomers who are hitting 65 without enough money stashed away to maintain their standard of living. The median retirement savings for people in that age group is $152,000 — the highest of any working generation — but 1 in 5 say they haven't yet recovered from the recession and never may, according to the Transamerica Center for Retirement Studies.