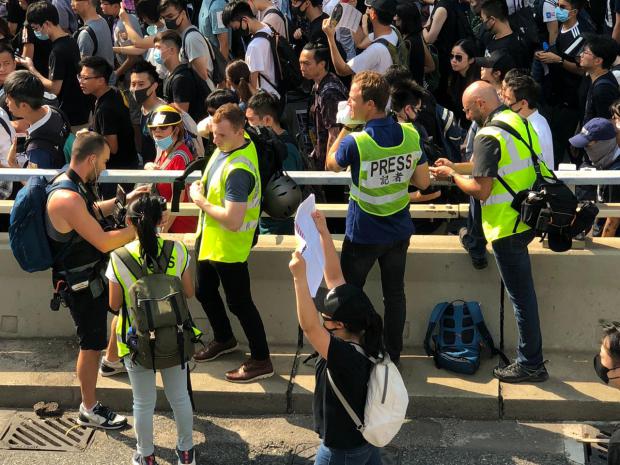 On September 15, 2019, huge US flags were waving in the air. A massive demonstration, consisting of mainly young people, was moving up from the old British-built downtown area of the city towards the US Consulate General, often erroneously called the "embassy."

The temperature was well over 30 degrees Celsius, but the number of 'protesters' kept growing. Many of the main arteries in Hong Kong were entirely blocked.

Western media were there in full force, wearing yellow fluorescent vests, their 'Press' insignia, helmets and masks. They mingled with the crowd, filming US flags, clearly enjoying the show.

"Liberate from whom?" I asked a cluster of protesters, all of them in ninja outfits, metal bars in their hands, black scarves covering their faces.

Several of them replied, mumbling something incomprehensible. One girl shouted defiantly: