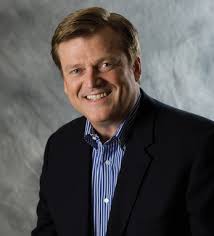 As you will learn from an SEC filing today, over this past week all my shares in OSTK were sold. Before I left for Australia I put it all in the hands of Mr. Pettway (whom some of you know), for it had already become clear to me that this was the right thing to do (and I decided to come SCUBA-diving in Asia so as to be as far removed from it as possible). The riff-raff will tell you that my departure and sale were from a lack of confidence in what I left behind in Peace Coliseum: they are wrong, and I would like to tell you all the actual reasons before the yuck-yucks spin the truth.

Insurance – The proximate cause for my departure was, in fact, the impossibility of our getting corporate insurance with me still at the helm. Your CFO Greg Iverson reported to the board in writing on Saturday August 17 that it was "impossible" to get insurance with me there, and on Monday August 19 in a politely worded letter our insurance brokers at Marsh said much the same thing. Just as we learned in Game of Thrones that behind the scenes the Iron Bank makes the big decisions, in Corporate America insurance companies get the last say. As I wrote the board at the time, while we could have gotten into the game of parsing what "impossible" means (like Bill Clinton arguing about "what the meaning of 'is' is), when it comes down to doing that with a CFO and insurance broker, it is time for the CEO to eject.

Controversy – You think me controversial now, but you ain't seen nothing yet. I know enough to fry the Deep State to ashes. The Deep State and the oligarchy are entwined, and they won't die quietly. There is going to be an enormous amount of return fire directed at me: the blather of the hedge fund choagies in the financial press against Overstock since I came forward is a manifestation of that (look back at what happened when I first came forward: there was silence for two weeks as the Bosses readied a new party line, then it came at us simultaneously from all directions at once). The agitprop press does not bother me (I hope it is helping you with traffic, though I have 0 idea, as I cut myself off from all information within the company the day I left). But wherever they go the organs of the Deep State (including the SEC) will surely follow. If I had stayed at Overstock or even remained a large owner of OSTK, they would try to break Overstock as a way of crippling me. With me no longer an executive, a board member, or even a shareholder, it becomes pointless for them to try to get at me that way. There are other ways they will come for me, but there is no edge for them to come through Overstock to do it.

Hedge – In both July and in August I wrote lengthy letters to shareholders, but in truth they were to you as well, so that you would know the full lay of the land after I left. As I said there, in 2019 I thought Retail's bottom line would do ≈ $115 million – $120 million better than last: continue what you are doing, and you should be able to make another $40-$50 million in gains next year (which means Retail will spit out about that much cash after its own reinvestment needs are met). Medici is indeed a large cash drain in 2019 as its world-changing products are completed and stood up, but next year that should be significantly reduced (either though revenue from completed products, or having some of those firms reach the stage where they can begin drawing their own investors), bringing Medici's projected cash needs under the amount Retail spits out (with perhaps a $10 million buffer). I have not seen or been told a number since I left (in fact, I think I have not spoken to an Overstock  executive since Monday, August 23) so I cannot comment past the understanding expressed in those letters. But your bottom line has been on such a recovery in the first eight months of 2019 that this general strategy seemed sound.

The reasons given above describe the course Pettway and I planned on taking (and just in case there are any questions about it someday, there are five witnesses within the company who can confirm that by August 19 I had let them know I would be selling all my shares in the week or two before the dividend, but as late as possible while still allowing me time to move out of all my holdings). Pettway and I knew we had had made the right decision, however, came when we heard over the weekend that starting last Friday, the Deep State's pets at the SEC began leaking something to their clients JPMorgan, Morgan Stanley, and Goldman (and here as citizens I bet you thought we were their clients, right? lol) That is to say, the SEC leaked that they were going to Bazoomba our digital dividend. Once that started getting back to me, I realized this: Whenever I have had any question about whether the SEC would or would not do something totally outrageous in order to hurt our company to benefit their clients on Wall Street, they never let me down: they always did the evil thing. So Pettway, whose finger was poised over the button of the ejection seat anyway, hit it, especially because he knows I need the ammo to go to war against the Deep State.