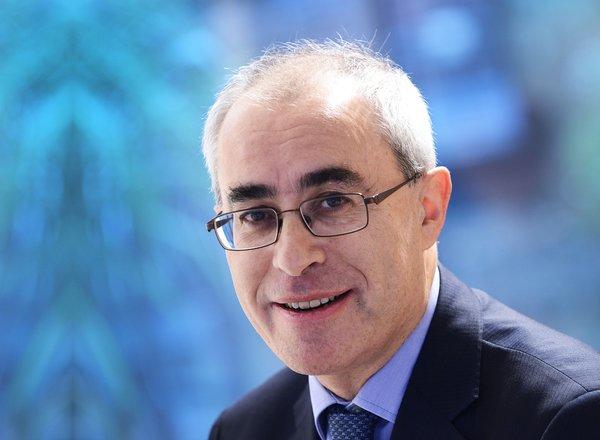 The Fed's 25 bps but still hawkish cut and the volatility in short-term dollar funding markets continued to dominate the news cycle, yet other key asset classes didn't exhibit any particularly unusual volatility. The S&P 500 ended the day unchanged at 3,006 points, while the 10y Treasury yield fell 4 bps to 1.76%. At the same time, the lacklustre reaction in US stock markets could be seen as an indication that risk appetite remains somewhat subdued as the Fed continues to respond to reserve shortages on an ad hoc basis. Yesterday's USD 75bn repo operation was oversubscribed again, with USD 83.375bn in total bids submitted. The rate was 1.845%. Later today we'll learn whether this was indeed sufficient to push the effective fed funds print back inside the 1.75%-2.00% target range. There's no real need for panic, but it won't take long before we could see renewed attention on possible quarter-end disruptions.

Whilst Fed Chair Powell said on Wednesday that these repo operations are temporary and that rates are expected to stabilize in the target range, we do think that the repo squeeze may be symptomatic of a wider liquidity problem. Due to post-crisis regulation banks are no longer taking the risks necessary to keep the plumbing of the financial system open in times of stress. If the US economy slides into a recession liquidity problems could pop up everywhere. Therefore, as Philip argued on Wednesday, a more lasting effect would be achieved by raising the level of reserves in the system and launching a standing repo facility with regular auctions. But the Fed is apparently not ready to take these decisions yet, so we are likely to see more of these ad hoc overnight repo operations by the New York Fed in the near term.

The UK Supreme Court concluded a three-day hearing in a case that will determine whether Prime Minister Johnson's decision to prorogue parliament for five weeks was lawful or not. Their decision is expected early next week. As of now, it remains uncertain as to what a verdict that the suspension was indeed under false pretences would mean, and whether it would amount to saying that prorogation actually never happened. Lord Pannick QC, the lawyer who represents the lead claimant, has told the court that Speaker Bercow should then be entitled to reconvene parliament as early as next week. Moreover, it's also uncertain what would happen to Prime Minister Johnson, who effectively stands accused of lying to the Queen about his motives to suspend parliament. While this would be explosive stuff in normal times, and possibly a cause for his resignation, Mr. Johnson is already publicly contemplating whether he might try a further suspension. No time to Pannick, yet?