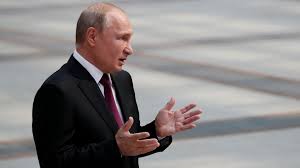 In the northwest of Crimea, there used to be the biggest fish collective farm where they bred carp. Now, in the field laboratory, agronomist Kennia from Belize, a state in Central America, and senior technologist Dmitry are conducting an important experiment. They figure out if it's possible to breed shrimp in the waters of the Black Sea. Opening a shrimp farm is a risky, pioneer business in Russia. Nobody has done it here yet. The Shubaev family, that moved to Crimea from Sochi, had to buy the land of a former fish collective farm. As for any agricultural enterprise, the time the transportation of perishables takes is what matters the most.

Dmitry Shubaev, senior technologist: "This year, we bought about 15-16 million baby shrimps. We faced a problem that we have just 40 hours to deliver them. It was incredibly hard to do it because we had to transport them from Thailand to Moscow, then from Moscow to Crimea. Then, we had to transport them from Simferopol, Crimea, to Razdolnoye. That's 90 miles farther, and the amount wasn't small."