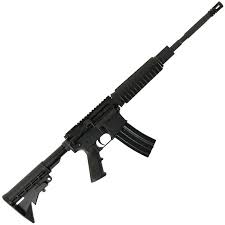 The company said it will focus instead on fulfilling contracts with military and police customers for rifles.

"The fact of the matter is that over the last few years, the market for modern sporting rifles has experienced significant excess manufacturing capacity," Colt's chief executive officer, Dennis Veilleux, said in a written statement. "Given this level of manufacturing capacity, we believe there is adequate supply for modern sporting rifles for the foreseeable future."

Veilleux said the company, which emerged from bankruptcy in 2016, remains committed to the Second Amendment. He said the company is expanding its lines of pistols and revolvers.

Despite a national debate on gun control, Colt's decision seems driven by business considerations rather than politics, said Adam Winkler, a gun policy expert at the University of California, Los Angeles School of Law.