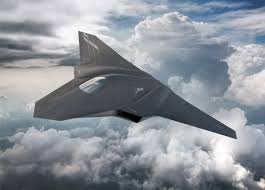 The vision is that every four or five years there will be F-200, F-201, F-202 and each plane focused on different technologies. Some would focus on integrating artificial intelligence capabilities and another could be with a maximum arsenal.

1. Agile software development — a practice where programmers quickly write, test and release code, soliciting feedback along the way from users.

2. Open architecture is a system with plug-and-play hardware. NGAD will be fully open, with interchangeable hardware and the ability for a third party to develop software for the system.

3. Digital engineering is the most nascent and possibly the most revolutionary technology enabler. While aerospace engineers have used computers for decades to aid in the creation of aircraft, only recently have defense companies developed 3D-modeling tools that can model an entire life cycle — design, production and sustainment — with a high level of accuracy and fidelity. The process would allow companies to not only map out an aircraft in extreme detail, but also model how a production line would work using different levels of manning or how maintainers would carry out repairs at a depot.