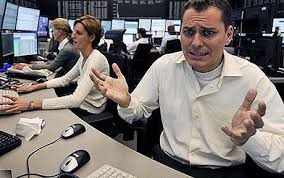 Update 4: It's over: after a torrid 30 minutes in which the NY Fed first announced a repo operation, then announced the repo was canceled due to technical difficulties, then mysterious the difficulties went away just minutes later, at precisely 10:10am, the Fed concluded its first repo operation in a decade, which while not topping out at the $75 billion max, was nonetheless a significant $53.15 billion, split as follows:

$11.7BN with Mortgage-backed securities as collateral at a 2.1% stop out rate.

While the Fed did not disclose how many banks participated in the operation, it is safe to say it was a sizable number. Worse, the result from today's unexpected repo operation, we can now conclude that in addition to $1.3 trillion in 'excess reserves', a Fed which is now cutting rates and will cut rates by 25bps tomorrow, the US financial system somehow found itself with a liquidity shortfall of $53 billion that almost paralyzed the interbank funding market.

1 Comments in Response to $53.2 Billion In QE Lite: Fed Concludes First Repo In A Decade Amid Liquidity Panic

Of course a better title for this article would be: "Another attempt to save the FED fiat Ponzi."