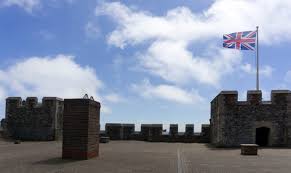 Even in the extended echo-chamber of social media, there appeared to be a seemingly pathological fear of anything even remotely resembling a balanced view.

The only thing that has not changed is the Democrats' make-believe view that President Trump and the Russians were somehow trying to rig the election, when it was, in fact, they themselves who were doing that.

Before the advent of online news, residents of the UK had to rely on the British press to report on the minutiae of the American political system -- something that didn't happen all that often. In politics what went on in the USA, stayed in the USA, most of it at least. Beyond a major political upheaval, or the swearing in of a new president, news reportage was more concerned with the cut and thrust of our own routine domestic politics.

Only the bickering between the Democrats and Republicans rang a familiar note, mirroring as it did, our British Punch and Judy stereotype, with the stuffy old Tories on one side, and the loony-left Labour on the other.