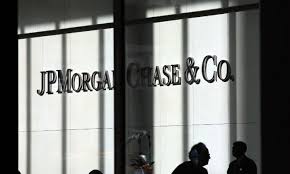 Well, almost everyone who didn't mind being designated a conspiracy theorist for years. And now comes vindication, because this has just been confirmed by the DOJ, which accused the PM trading desks at JPMorgan of being deeply involved in what prosecutors described as a "massive, multiyear scheme to manipulate the market for precious metals futures contracts and defraud market participants."

In an indictment unsealed on Monday morning, the DoJ charged Michael Nowak, a JPMorgan veteran and former head of its precious metals trading desk and Gregg Smith, another trader on JPM's metals desk, in the probe. (Blythe Masters was somehow omitted).

"Based on the fact that it was conduct that was widespread on the desk, it was engaged in in thousands of episodes over an eight-year period -- that it is precisely the kind of conduct that the RICO statute is meant to punish," Assistant Attorney General Brian Benczkowski told reporters.

Here's where it gets extra interesting: according to Bloomberg, the unusually aggressive language language embraced by prosecutors reminds legal experts of indictments utilizing the RICO Act - a law allowing prosecutors to take down 'criminal enterprises' like the mafia by charging all members of the organization for any crimes committed by an individual on behalf of the organization.