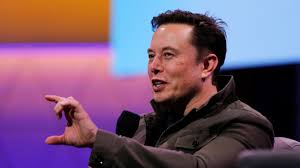 With the public transfixed by Elon Musk's recent nervous breakdown over the release of the Porsche Taycan, it's almost easy to forget how badly he embarrassed himself more than a year ago when accusing British cave diving hero Vern Unsworth of being a pedophile and then taunting Unsworth to sue him... which Unsworth did.

So it's time to refresh our memories, and helping us remember that absurd story is L. Lin Wood, the attorney that Unsworth hired to represent him in his lawsuit against Musk. As part of discovery for the lawsuit, Wood had a chance to depose Elon Musk, with PlainSite releasing over 300 pages of deposition for the world to analyze today.

The deposition can best be described as a batsh*t crazy dumpster fire bizarre and embarrassing for the so-called "genius" who we now know baselessly accused the worldwide hero of being a "pedo guy".

In the deposition, Musk makes a litany of downright ridiculous statements, finally giving us a glimpse into the mind of the man that, according to his followers, is going to save the earth.

First, Musk opens up his motion for summary judgment by claiming that by referring to Unsworth as "pedo guy", he didn't actually intend on implying that he was a pedophile.