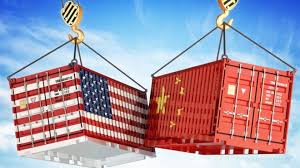 President Trump announced on Twitter last night he will delay tariffs on $250 billion of Chinese goods from Oct. 1 to Oct. 15 as a "gesture of good will."

The peace offering came just hours after Beijing made its own concession, saying it would exempt 16 types of U.S. products from tariffs.

President Trump said the sudden decision was made "at the request Vice Premier of China, Liu He and due to the fact that the People's Republic of China will be celebrating their 70th Anniversary."

(Because we wouldn't want to ruin a celebration of 70 years of Communist rule, now would we?)