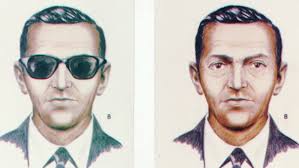 Now Colbert claims the FBI knew Rackstraw was DB Cooper but were involved in a scheme to 'conceal, suppress and fabricate' evidence in the cold case

Rackstraw died in July of natural causes, potentially taking with him the answers of what really happened on that fateful winter's afternoon

The infamous DB Cooper hijacked a plane in 1971, demanded $200k and then parachuted from it with the cash and became the longest unsolved skyjacking

He claims that Comey's executives declined to see DNA evidence in the case, and also had at least three media stories pulled from air