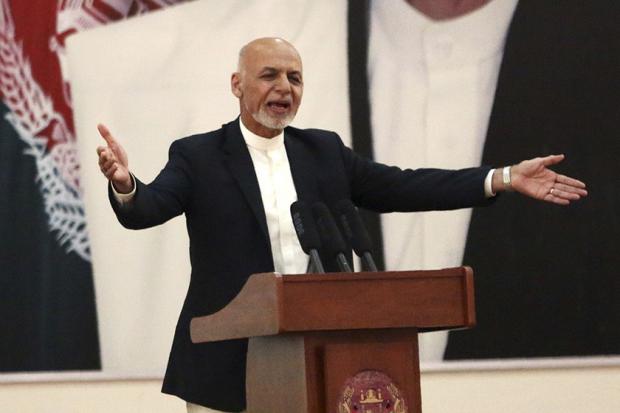 Just hours later, an explosion struck near the U.S. Embassy in Kabul but details on that blast were not immediately known.

No one immediately claimed responsibility for the attacks. The violence comes as Afghanistan faces presidential elections on Sept. 28. The Taliban have warned that polling stations and election campaigns would be targeted.

In Tuesday's suicide attack, the bomber rammed his motorcycle packed with explosives into the entrance of the venue where Ghani was campaigning on the outskirts of the city of Charakar in northern Parwan province.

There were many women and children among the casualties, said Dr. Qasim Sangin, a local official.

Wahida Shahkar, spokeswoman for Parwan's governor, said the rally had just begun when the explosion occurred.

Firdaus Faramarz, spokesman for the Kabul police chief, said there was no immediate information about casualties in the Kabul blast, which took place near Massood Square, a deeply congested intersection in the center of Kabul. NATO and U.S. compounds are located nearby as are several Afghan government ministries.