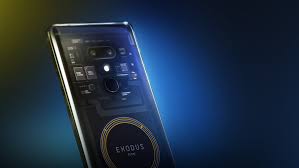 The bitcoin cash community now has a new way to secure and transact its digital money, as HTC adds native BCH support to its Exodus 1 smartphone. A key reason the technology manufacturer has chosen to do so is that many consumers are using BCH as a payment method and HTC wants to see a future where merchants use the Exodus to receive BCH payments.

Taiwanese consumer electronics manufacturer High Tech Computer Corporation or HTC (TWSE: 2498) has added native bitcoin cash support to its flagship smartphone, Exodus 1. The device's killer feature for cryptocurrency users is the Zion Vault, a digital asset wallet with an easy-to-use software interface integrated with onboard hardware security. This secure built-in wallet is now capable of conducting bitcoin cash transactions, so users can easily buy, receive, spend and store BCH on the phone without the risk of remote hacking.

HTC has announced the support for BCH as part of a new partnership with Bitcoin.com, which will include pre-loading the company's popular wallet app on the Exodus 1. Moreover, Bitcoin.com will also offer the smartphone, as well as the upcoming lower priced device HTC Exodus 1s, for sale on its online store. The Exodus 1s will feature the same native BCH support available to Exodus 1 users right now when it launches later this year.

Bitcoin.com CEO Stefan Rust commented: "There are so many synergies between Bitcoin.com and HTC. We are very excited to be on this incredible journey together." Bitcoin.com Executive Chairman Roger Ver added: "Bitcoin.com's partnership with HTC will enable Bitcoin Cash to be used as peer to peer electronic cash for the millions of HTC smartphone users around the world."

Bringing Users Full Control Over Their Data and Assets

To understand how HTC sees the promise of cryptocurrency and why it has added bitcoin cash support now, we talked with the company's Decentralized Chief Officer Phil Chen. Explaining the importance of the new partnership, Chen said: "Smartphones are everywhere and have proliferated across the planet. It's very important for the adoption of crypto that it is easy to store and use, no matter which cryptocurrency is preferred by people. So the fact that BCH, one of the biggest cryptocurrencies, is now easy to use on our smartphone is very important for us. Together, HTC and Bitcoin.com are helping to bring crypto to the masses."