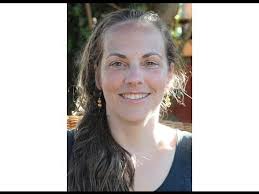 Something extraordinary happened in Sacramento last week. The people protesting California's increasingly draconian vaccine-mandate legislation—most of them mothers of vaccine-injured children—stopped playing by the rules.

On Monday, Senate Bill 714—the companion bill to SB276 which puts the determination of medical exemptions from any of the vaccines required for school into the hands of the state—was before the California State Assembly for a vote. Six women had already been arrested, including two nursing mothers and a grandmother, and the Assembly gallery was filled with protesters, waiting quietly.

The moment the bill passed, women unfurled banners and the gallery erupted in chanting. Appeals for "quiet in the Chamber!" and cries of "we're asking for decorum" were drowned out with "You have not represented California for all!" The demonstrators succeeded in shutting down both the Assembly and Senate chambers for more than an hour.

Ultimately, the Senate did vote the bill through, and soon after, California Governor Gavin Newsom signed both SB276 and SB714 into law. But four days later the demonstrators were still there, and they have pledged to disrupt the lives and the work of those who passed this legislation for as long as it takes to reverse it.

What these parents have learned is that playing by the rules will do nothing to protect their rights. For years, these women (and some men) had been lining up in an orderly fashion and calmly giving whatever limited testimony they were allowed, only to have it ignored. For years, they had listened to haughty legislators demand that they behave in a civil manner while slicing away at their most basic freedoms.

WHAT SHOULD THEY DO?

When people come to realize that representative democracy has failed them, that the politicians who claim to represent them instead represent the interests of powerful corporations, what should they do?

Right now, there is a lot of talk about efforts to recall the governor, of a referendum to strike down the bills, or to vote the politicians who supported this legislation (all of them Democrats) out of office. Many think voting in Republicans will help. That's understandable, as voting on these bills was completely along party lines, and states with Republican majorities seem to be defending themselves better against these kinds of bills.

But that won't last for long. The pharmaceutical industry throws money at Republicans too, and it is only a matter of time before they are every bit as bought as the Democrats are on this issue. Voting for Republicans might be a good defensive tactic for the short-term. But it's not going to solve the problem.

THIS CAN'T BE VOTED AWAY

The underlying problem is that we have an institution that gives a group of people the power to dictate the terms of our lives. This institution is backed by force, and cannot be held accountable in any real way—at least, not within the confines of that institution. This institution claims to represent us (whatever that means, in a state of 39.75 million people, each with their own worldview, interests, wants and needs), but it clearly does not. The problems that are inherent in this institution cannot simply be voted away.

I wrote about this a few years ago:

"The things libertarians want – freedom, less govt. interference in markets & in personal choices, non-interventionist foreign policy… there is no money in these things for politicians. There are no big corporations and very few rich people who are willing to pay tons of money to politicians to refrain from intervening in markets, or to keep the troops home, or to let people ingest whatever substances they want to.