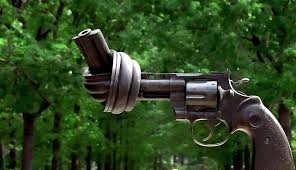 (Natural News) If you've been paying any attention at all to the Democratic debates, you know that the candidates are doing all they can to out-Marxist each other.

Giveaways ranging from a thousand dollars a month in free money to Medicare for All to free college and even healthcare for illegal aliens, Democrats are spending tens of trillions of dollars of taxpayer money for programs no one country on the planet can afford, even the most wealthy of them — the United States.

But below the radar most of the Democrats running to unseat President Donald Trump next year are also eyeing the further destruction of one of our most basic civil and constitutional rights: The right to keep and bear arms for self-defense and protection against an overzealous tyrannical government.

As noted by gun-rights expert Alan Gottlieb writing at AmmoLand, you may have heard that back-bench 2020 Democratic presidential contender Robert "Beto" O'Rourke declared last week at the latest debate, "Hell yes, we're going to take your AR-15, your AK-47!"

That comment was "brutally revealing," Gottlieb, head of the Citizens Committee for the Right to Keep and Bear Arms (CCRKBC), in that it really lays bare what all Democrats want to do: Confiscate our guns because that's the only way they can impose their tyrannical style of government.

Sargon Says Tim Pool Is On The Trump Train, Well Here's The TRUTH The Democrats Are INSANE

How Presidential Candidates Are Chosen