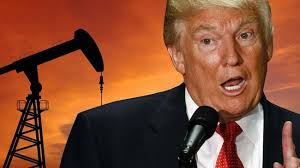 With international oil prices soaring following this weekend's attack in Saudi Arabia, which has indefinitely crippled as much as half of its oil-production capacity, President Trump sent a tweet Monday morning to try and reassure markets that the US is now energy independent and doesn't need crude from the Middle East in what looks like an attempt to send prices lower.

"Because we have done so well with Energy over the last few years (thank you, Mr. President!), we are a net Energy Exporter, & now the Number One Energy Producer in the World. We don't need Middle Eastern Oil & Gas, & in fact have very few tankers there, but will help our Allies!

The takeaway from the tweet is that Trump's threatening posture toward Iran, which Washington has blamed from the attack, is simply an example of the US standing up for Saudi Arabia since its a critical regional ally. The US's energy supplies are not being threatened.

Though this isn't the first time that the president has used Twitter to try drive US oil prices lower, it's important to remember that Trump has a point about his policies helping to bolster the US energy industry. Democrats, particularly those who have embraced AOC's 'Green New Deal' are much more hostile to the US energy industry. Among the candidates seeking the 2020 nomination, Elizabeth Warren has promised to shut down US shale drilling on her first day as president, something that would irreparably damage the US energy industry and kill any hopes of continued energy independence.