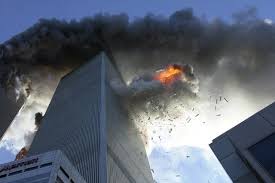 Afghanistan was bombed and invaded because of 9/11. I was there from the start, even before 9/11. On August 20, 2001, I interviewed commander Ahmad Shah Massoud, the "Lion of the Panjshir," who told me about an "unholy alliance" of the Taliban, al-Qaeda and the ISI (Pakistani intel).

Back in Peshawar, I learned that something really big was coming: my article was published by Asia Times on August 30. Commander Massoud was killed on September 9: I received a terse email from a Panjshir source, only stating, "the commander has been shot." Two days later, 9/11 happened.

And yet, the day before, none other than Osama bin Laden, in person, was in a Pakistani hospital in Rawalpindi, receiving treatment, as CBS reported. Bin Laden was proclaimed the perpetrator already at 11am on 9/11 – with no investigation whatsoever. It should have been not exactly hard to locate him in Pakistan and "bring him to justice."